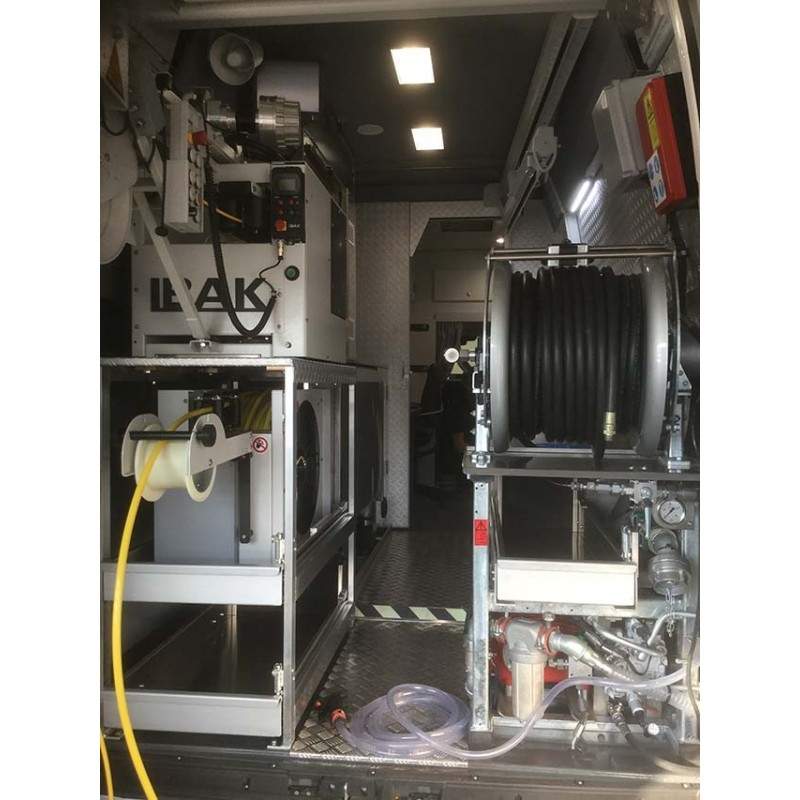 IBAK TV and flushing car model Standard with walk through

Here is the future combination of TV and flush car built in a van with a walk-through IBAK offers the highest German quality, and ensures you the best in TV inspection.

Inspect cables from Ø50mm to Ø1.600mm in a specially built vehicle with a focus on the TV operator.


Order item: Call and hear more - we are happy to prepare a non-binding offer!

A TV inspection car combined with a high-pressure rinsing system is typically built up of the following basic elements:

The structure is based on a catalog of interior design proposals, which can be individually adapted to the customer's wishes and needs. The TV car's interior has been completed down to the smallest detail, both in terms of practical details and material choice / design. The proposal shown is a passage directly from the cab to the TV operator room and out through the wet room, see the photo series. It is possible to open the rear doors from the inside and thus the car can be operated without direct access to a busy road.

Two tractor systems are often selected to cover the dimension range DN 100 mm - 1500 mm. This allows for overlap redundancy in large parts of the dimensional area and thus creates greater operational reliability for the user. One system can be with IBAK Orion 2.9 camera head and IBAK tractor T66, which covers the dimension range DN 100 mm - DN 600 mm. The tractor is equipped with a riser from DN 300 mm and extra light from DN 500 mm. The T66 comes with ATC (rollover protection), which ensures that the tractor corrects itself even at an incline of just 15 degrees. Slope gauge can be purchased. The second system is often equipped with an IBAK Orpheus 2 camera head and IBAK tractor T76 (incl. ATC), which covers from the dimension range DN 150 mm and up. Using ONLY two tractors, the full dimension range is covered.

For inspection of branch lines, the IBAK LISY-3 system is selected, which covers the dimension range DN 300 mm - 1200 mm. Here it is possible to choose a cable drum with up to 180 mtr. reed, of which the 40 mtr. can be driven directly up into the branch line.

Most also choose the push camera system MiniLite (DN 100 mm - 300 mm), which works either as a stand-alone system or is connected directly to the TV inspection car's control system, e.g. 500 mtr. away from the car via a connection through cable drum / cable. MiniLite is typically selected with the ORION-L swing / rotor camera head, which can go into branch wires using a guide rod mounted on the head.

A motorized or fully automatic cable drum with 300 mtr., 500 mtr. or 600 mtr. is the preferred choice for the above systems. Cable with light guide, which offers better image quality than traditional coaxial cable, can also be supplied.

IBAK offers several different control units, all depending on customer wishes / requirements and which cable drum is selected in the construction in question. All control units have 2 multifunctional joysticks for controlling the tractor and camera head.

Industrial PC with IBAK's own software IBAK IKAS 32 is a powerful option for data processing. IBAK IKAS 32 is a powerful software for collecting and processing sewer TV inspection data. To meet inspection specifications (standard GIS interface), IKAS 32 can offer comprehensive input validations. With IKAS 32 ReportViewer, inspection data (digital reports, statistics, MPEG video and JPEG photo) can be transferred to a preferred media format (DVD, USB connector, hard disk ...) and from here viewed or transferred to third parties. It is also possible to use other software systems such as WinCan.

The battery pack is typically 480 Ah or 640 Ah which is sufficient for 8-10 hours of operation without the engine / generator having to be started to complete the work task.

Delivery time for a specially built TV car is approx. 12-14 weeks from receipt of order and delivery of vehicle to IBAK's factory in Kiel.

Download (2.69M)
Comments (0)
No customer reviews for the moment.

Your review appreciation cannot be sent

Are you sure that you want to report this comment?

Your report has been submitted and will be considered by a moderator.

Your report cannot be sent

Your comment has been submitted and will be available once approved by a moderator.

Your review cannot be sent

8 other products in the same category: 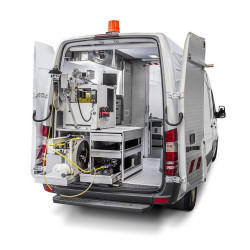 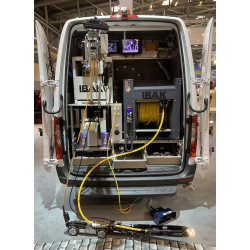 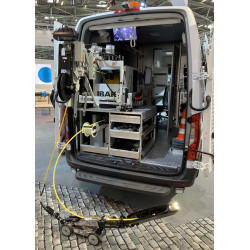 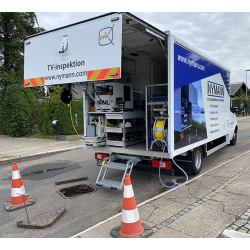 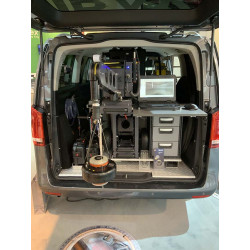 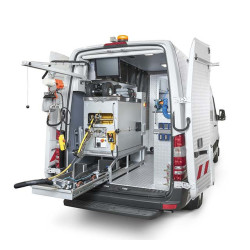 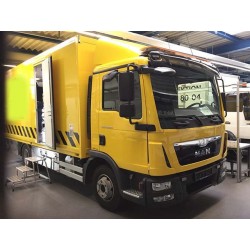